Your cup of “coffee”!

Sometimes, do you miss the taste of aromatic hot coffee and the hawker foods that you took long long time ago? At GEORGETOWN WHITE COFFEE, our homemade recipe of many varieties hawker cuisine and coffee certainly can fulfil your taste buds desire. Varietiy choices of White Coffee, Penang Char Koay Teow, Roti Toast, and much more delectable foods bring back fond memories for you, we are sure!

While we are constantly improving our food quality and services to our loyal customers, our goal is to make our menu affordable for all classes of the community. You have to try it, to believe it! GEORGETOWN WHITE COFFEE is for sure your cup of “coffee”!

In addition, each outlet atmosphere is enhanced further by all our crews, with their sincere smiles, “ready to serve” spirit and politeness will even make your dining experience in each outlet unique and unforgettable one. Let’s runs a private culinary tour at GEORGETOWN WHITE COFFEE! 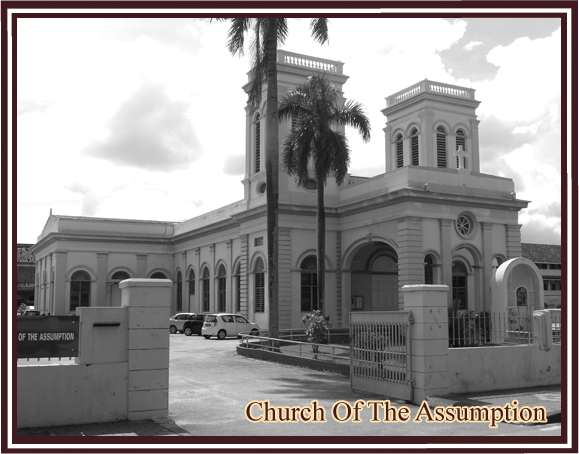 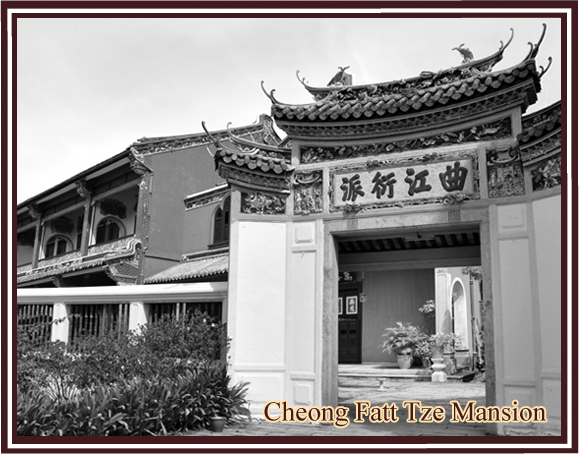 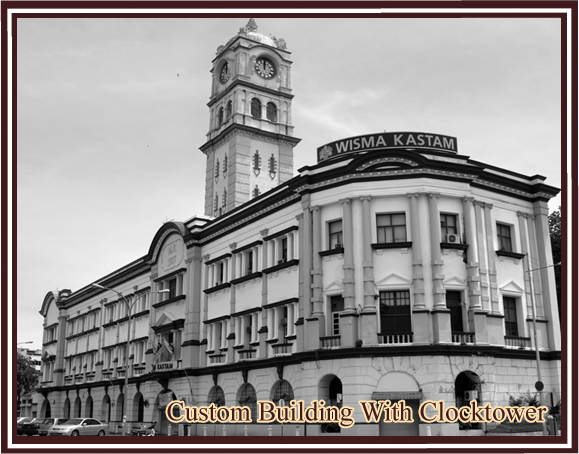 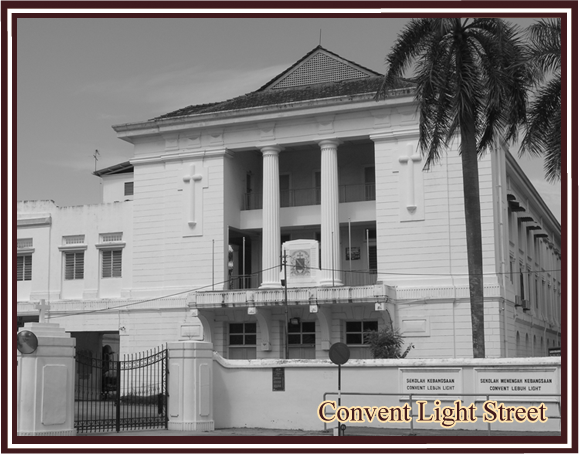 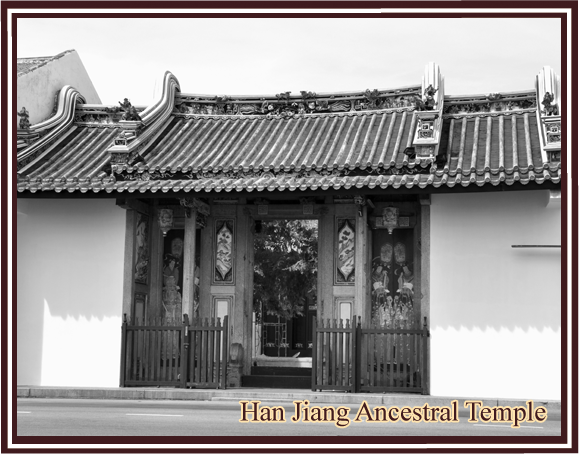 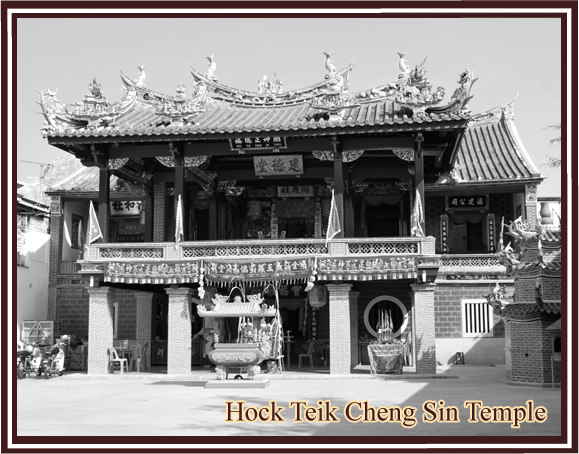 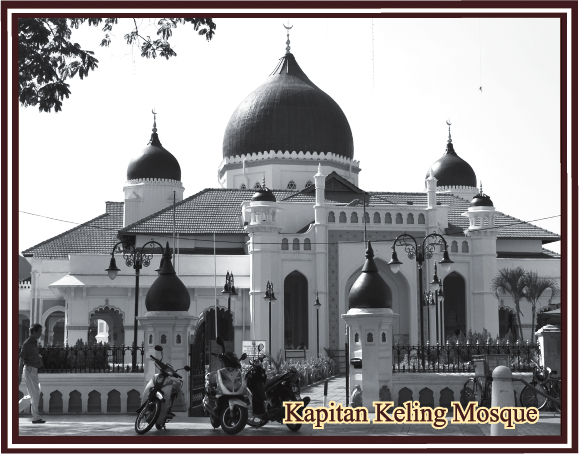 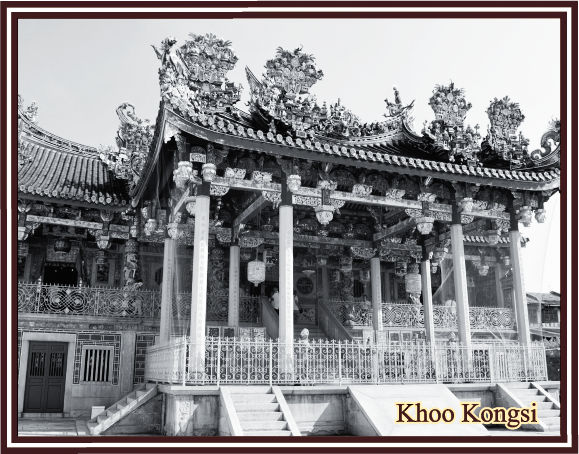 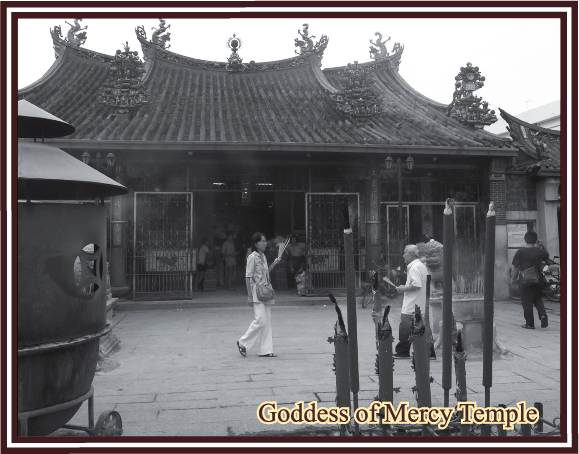 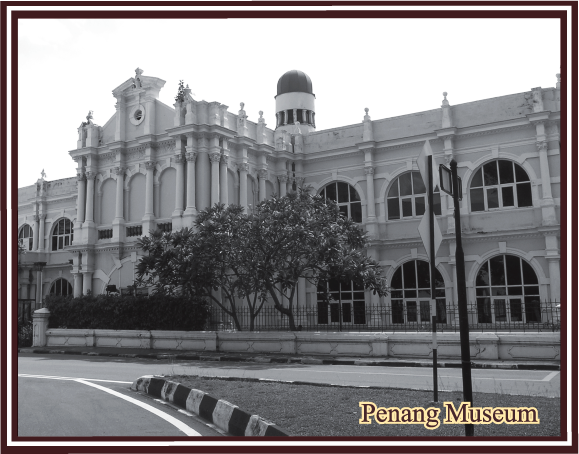 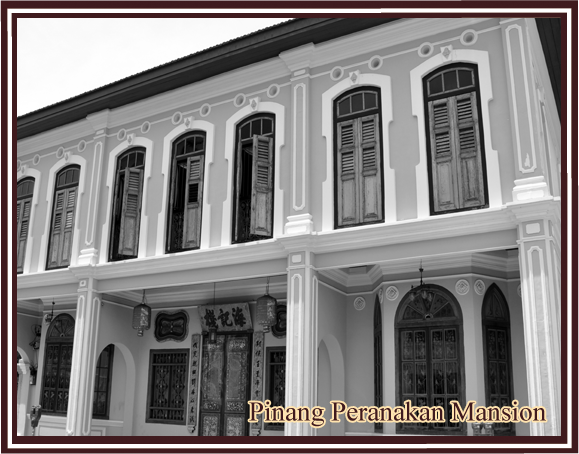 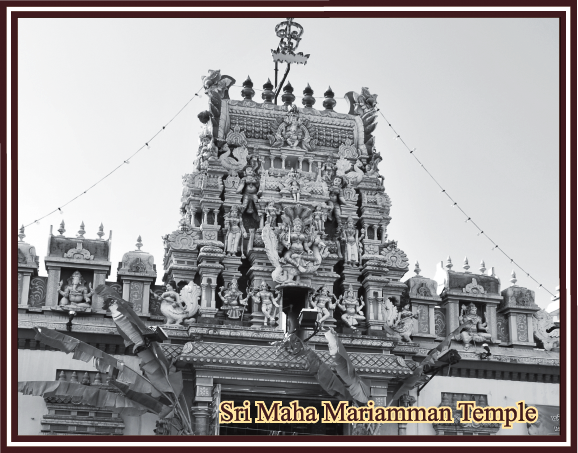 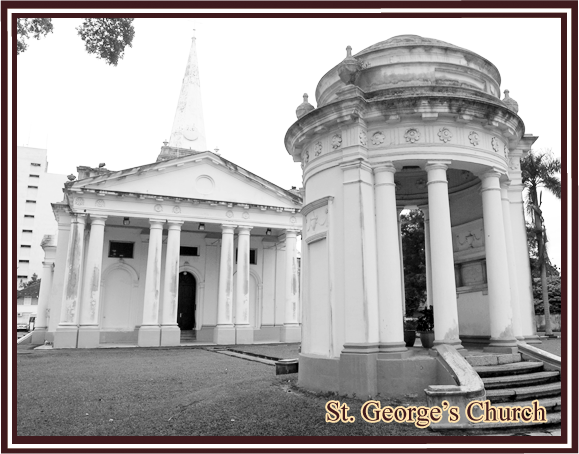 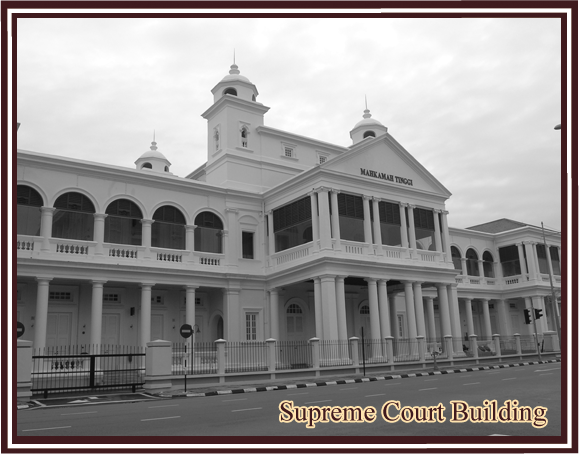 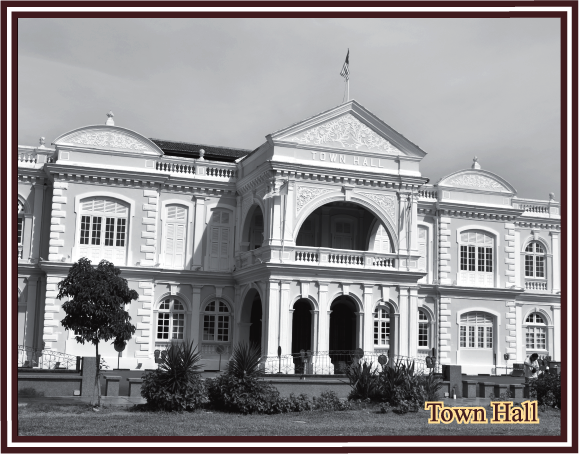 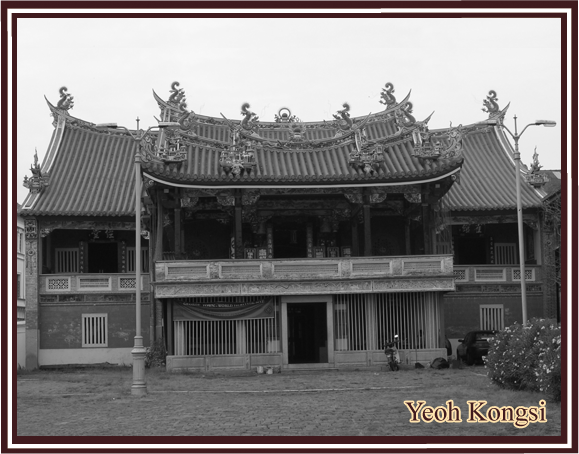 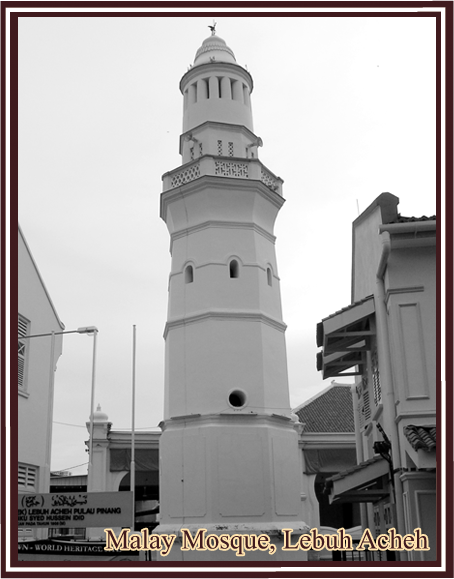 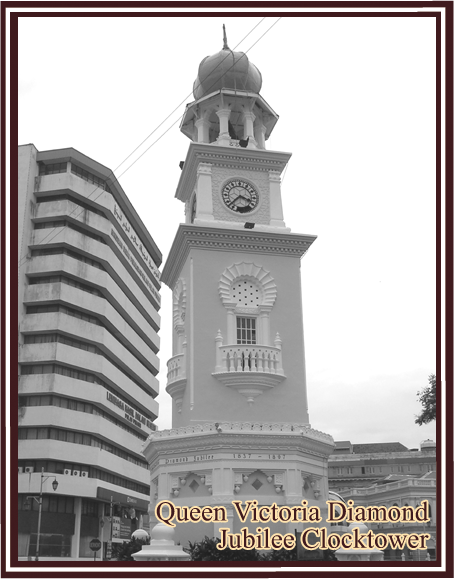 George Town, named after Britain's King George III, was founded in 1786 by Captain Francis Light, a trader for the British East India Company, as an outpost for the company in the Malay States. Since then, it has evolved from a regional trading centre into the capital of Penang. The city is located on the north-east corner of Penang island and the settlement on the city grew into a port and trading post during the 18th century, attracting traders and settlers from far-flung corners of the world. With trade come immigrants – Chinese, Indians, Burmese, Europeans, Armenians, Bugis and Arabs, began settling in George Town. This ingestion and fusion of different races, beliefs and customs have contributed to George Town’s rich tradition and culture today.

Over the years, this multi-ethnic community that put down their roots in George Town, created a unique living multi-cultural heritage and tradition of Penang, where the many religions and cultures met and coexisted. This multi-cultural tangible and intangible heritage is expressed in the great variety of religious building of different faiths, ethnic quarters, the many languages worship and religious festivals, dances, costumes, art and music, food and beverage, and daily life.

On 7 July 2008, George Town and Malacca were formally inscribed as a UNESCO World Heritage Site. It is officially recognized as having a unique architectural and cultural townscape without parallel anywhere in East and Southeast Asia.

Culture and heritage are two invaluable assets of George Town. With cultural diversity come numerous traditional foods. George Town is the place for famous and unique traditional Penang food discovery. You will not find some of the food anywhere else. There is a wide variety of food that is uniquely Penang or Malaysia – Malay, Chinese, Indian, Thai, Peranakan (Nyonya) food and even Chinese food also carries variety of continental cuisines like Hokkien, Teochew, Cantonese，Hakka and Hainanese. George Town offers the best of Malaysian traditional street food. George Town is often referred to as the food capital of Malaysia!

GEORGETOWN WHITE COFFEE is dedicated not only to celebrate George Town’s recognition for being the World Heritage Site, but also on its World Heritage food and beverage.

Celebrating continuing traditions, GEORGETOWN WHITE COFFEE puts on great efforts to offer a wide variety of traditional famous Penang food under one roof, regionally grown white coffee, coffee, “Char Koay Teow”, “Assam Laksa”, “Hokkien Prawn Mee”, “White Curry Mee” and much more. These delicious foods give the different feel for your taste buds. And you will never forget the taste of Penang special delights, such as “Cendol” and “Ais Kacang” 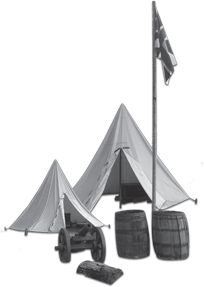 Penang island was part of the ancient Buddhist-Hindu kingdom of Kedah, which can be traced back to the 7th century. Kedah became a Muslim kingdom in the 12th century. Pre-British settlements on the island, Dato Kramat and Batu Uban, date from at least the early 18th century. Penang's modern history began with British occupation. The Sultan of Kedah offered Penang island to the British East India Company as a trading post for the India-China trade, in exchange for protecting Kedah against Siamese and Burmese armies who were threatening Kedah. While negotiations were pending, the British East India Company occupied Penang island.

Captain Francis Light who represented the British East India Company landed in the Penang island. He renamed it as Prince of Wales Island. Hence, George Town is established.

The Sultan of Kedah attempts to retake Penang when the company failed to aid Kedah when Siam attacked it. Kedah is forced to accept 6,000 Straits Dollars for the lease of the island.

Penang is elevated as the fourth Presidency of India.

The Penang Free School, the first and oldest English-medium boy's school, is founded.

The Prince of Wales Island Library, is established.

The Anglo-Dutch Treaty (Treaty of London) divides the British and Dutch spheres of influence down the Straits of Malacca.

Penang becomes part of the newly-created Straits Settlements which includes Malacca and Singapore.

Penang ceases to be a Presidency.

The Penang Municipal Commission is formed, replacing the Committee of Assessors. The following year, a municipal act is passed.

With the transfer of British rule from the India Office to the Colonial Office, the Straits Settlements are administered as a British crown colony.

The Penang Riots are waged by rival secret societies in the streets of Penang.

The railway station opens in Butterworth.

The Anti-Opium Movement is formed. The Penang champion is Dr. Wu Lien Teh (Wu Liande), who later distinguished himself as the Manchurian "Plague Fighter".

In the "Battle of Penang", the German cruiser Emden raids the Penang harbour, sinking the Russian Zhemchug and the French destroyer Mousquet.

Malaya is invaded and occupied by Japanese forces.

Sabah, Sarawak and Singapore join Malaya to form the Federation of Malaysia. However, Singapore exits the federation in 1965.

Penang island is connected to the mainland by the 13.5-kilometre Penang Bridge, one of the longest bridges in Asia.

George Town was formally inscribed as a UNESCO World Heritage Site alongside with Malacca. It is officially recognized as having a unique architectural and cultural townscape without parallel anywhere in East and Southeast Asia.